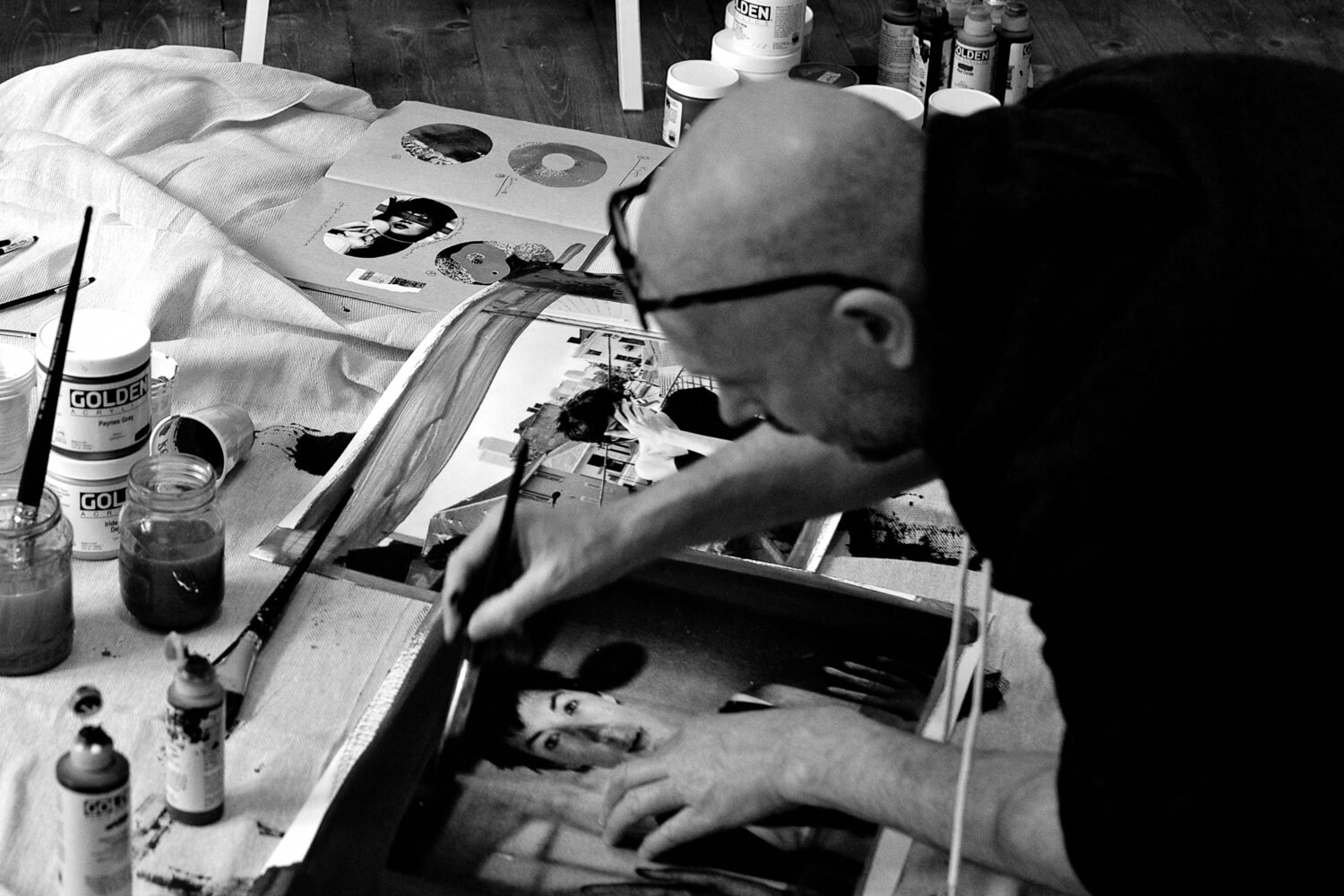 James Pfaff was born in Glasgow in 1965 and relocated to Hamburg, Germany in 1994. In 1998, he met Alex and made the images that would come together to form his first artist book Alex & Me/Danilo Montanari Editore (2016)

Moving to London in 2001, James continued to work and exhibit projects while working commercially.

During this period, he was introduced to the artist Banksy and documented the artist at work in his then-London studio, creating two portrait works for his book Wall and Piece/Random House (2005).

In 2007 the National Portrait Gallery in London acquired one of the portrait works, Banksy, Monkey Mask Session, (Tag), London, 2003.

James is the author of many other portraits including Eric Clapton, George Best, Malcolm McLaren, Daphne Guinness and Sean Ono Lennon. My editorial clients include, amongst others, Vanity Fair, GQ, ELLE, The Wire, Monocle and The Face. Vogue, Rolling Stone and Playboy magazines have featured my work. Advertising, fashion and design clients include Nike (Wieden+Kennedy), First Direct (JWT), Clements Riberio, Courrèges, The Groucho Club and The Michelberger Hotel.

In 2015 James returned to Scotland, and Glasgow’s West End, where he now lives and works.

James teaches photography part-time at the City of Glasgow College and mentors the New Photographers Guild (in association with Street Level Photoworks), Glasgow and The Cultural Enterprise Office, Glasgow.