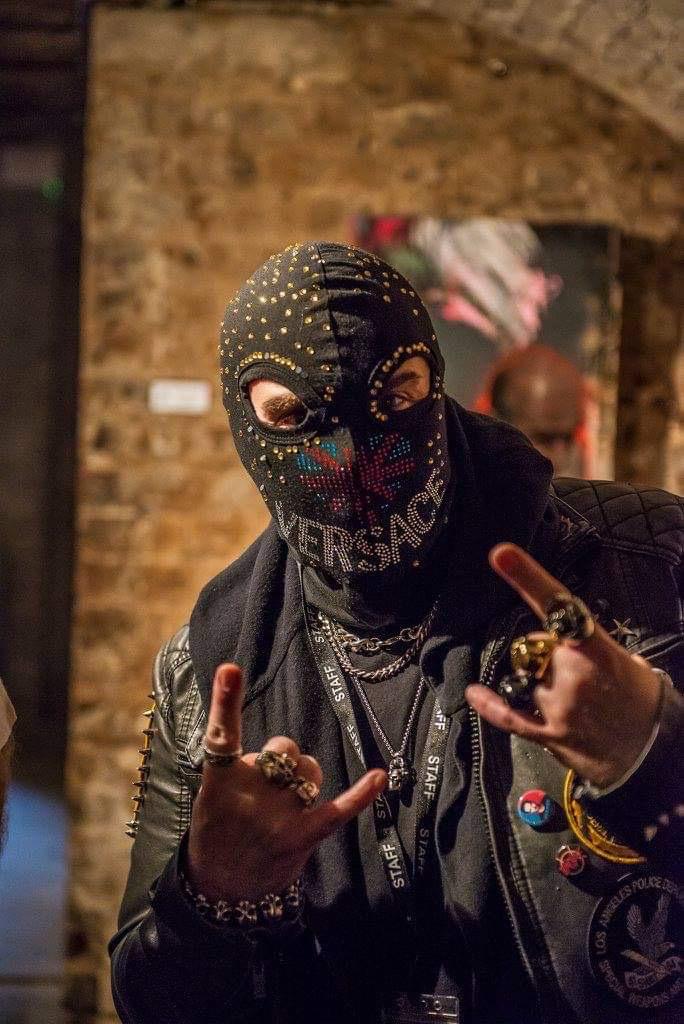 Mason was born in London and has been a native there for around 40 years.

Masons work has been considered controversial and provocative, however he never try’s to be controversial in his subject matter just for the sake of it, there is always an underlying reason for the work he produces.

Mason is probably best known for his mask. It has become a trademark, hiding his identity whilst creating a mystique which helps with promotion and publicity. He began wearing it when in 2010 he said he was going to reveal the face of the artist Banksy in an oil painting. The whole campaign was nothing more than a big marketing ploy and it worked. The supposed unveiling of Banksy courted a lot of negative publicity and the occasional death threat. Nothing he hasn’t encountered many times in his previous life but he knew the fact that he was remaining anonymous would annoy Banksy’s followers even more. Secondly, in his previous careers he has met and dealt with some extremely dangerous men.

There is no risk to his security but he would rather the two worlds never meet. Also he occasionally does freelance work and its better for him if he remain in the shadows so to speak. So the mask, apart from its marketing potential allows him to hide in plain sight.