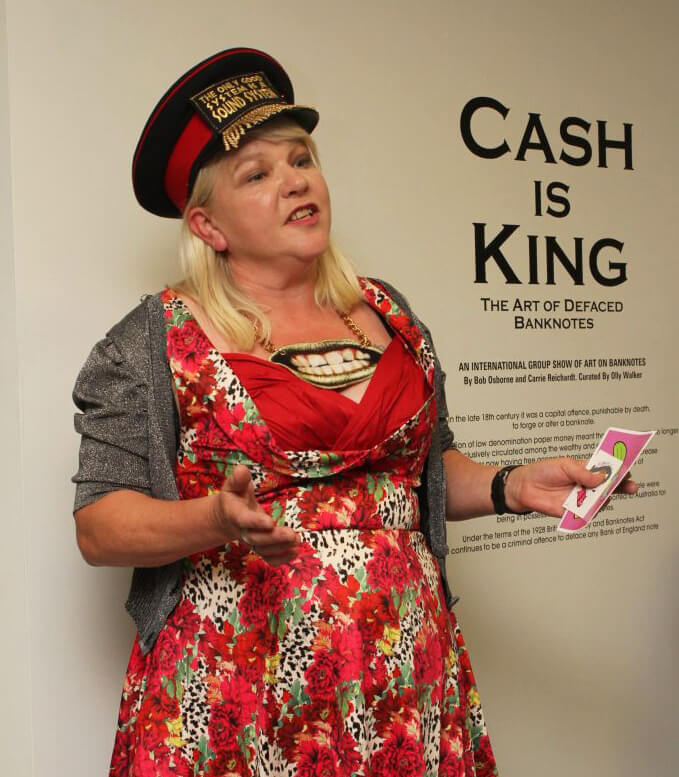 Carrie has been involved in international community and public art projects for over 20 years. Her recent work includes Voodoo Zulu Liberation Taxi, which was recently on display at Coventry Transport Museum, raising awareness about the inhumane treatment of prisoners held in solitary confinement and death rows.

Carrie Reichardt’s work has been featured in the press including The Observer, The Guardian, The Evening Standard, Tile and Stone, as well as in several books including renowned ceramist Paul Scott’s Ceramics and Print, 1000 Ideas for Creative Reuse by Garth Johnson, Mural Art No 2 by Kirikos Iosifidis and The Idler 42 – Smash the System by Tom Hodgkinson.

Reichardt and Osborne are enjoying a highly productive & inventive collaboration and the irreverent duos use the legacy of Dada and Pop Art to subvert and disrupt the creeping puritanism of mainstream cultural assumptions.