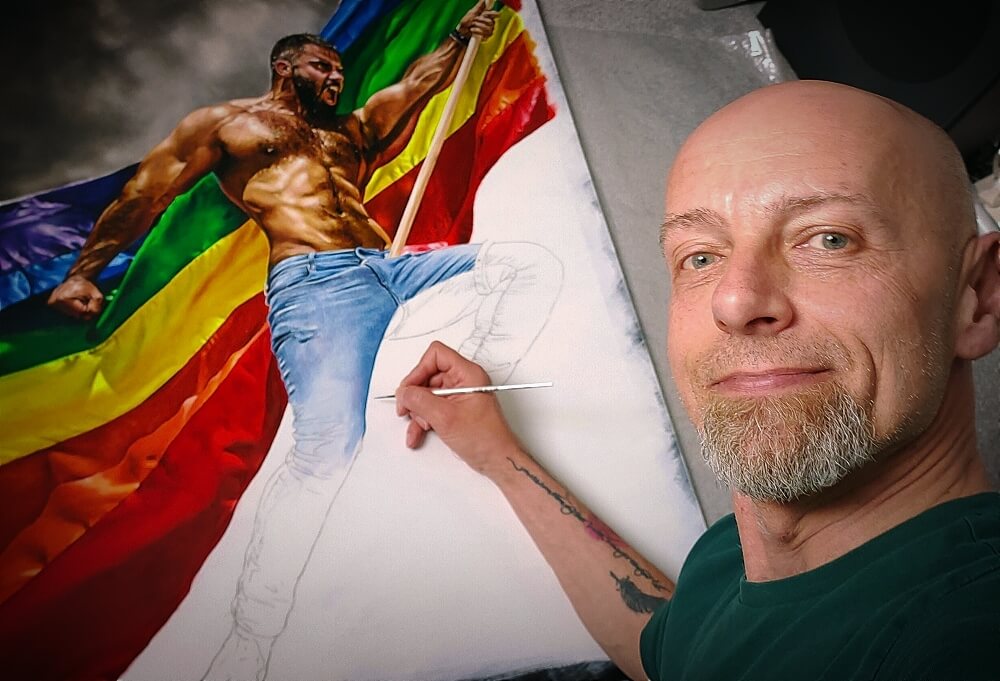 David is a self taught artist from Bristol, UK who spent quite a few years perfecting graphite drawings.

In 2014 he began painting with oils on board and submitted a self portrait to the Sky Portrait Artist of the Year competition, where he was chosen from over 1400 applicants to appear on the show.

He also got through to the third series, where his celebrity sitter was Dame Sian Phillips who chose his painting to keep, and David was shortlisted to the final three artists in his heat.

Having his work included in two London exhibition’s and winning first prize in the ’50 Shades of Red’ competition has rocketed his passion for art!

David held his first EVER solo exhibition in July 2022 in his hometown of Bristol, where sixteen paintings based on Film Titles were on show.

It was a great success and he is now in the process of a new collection.