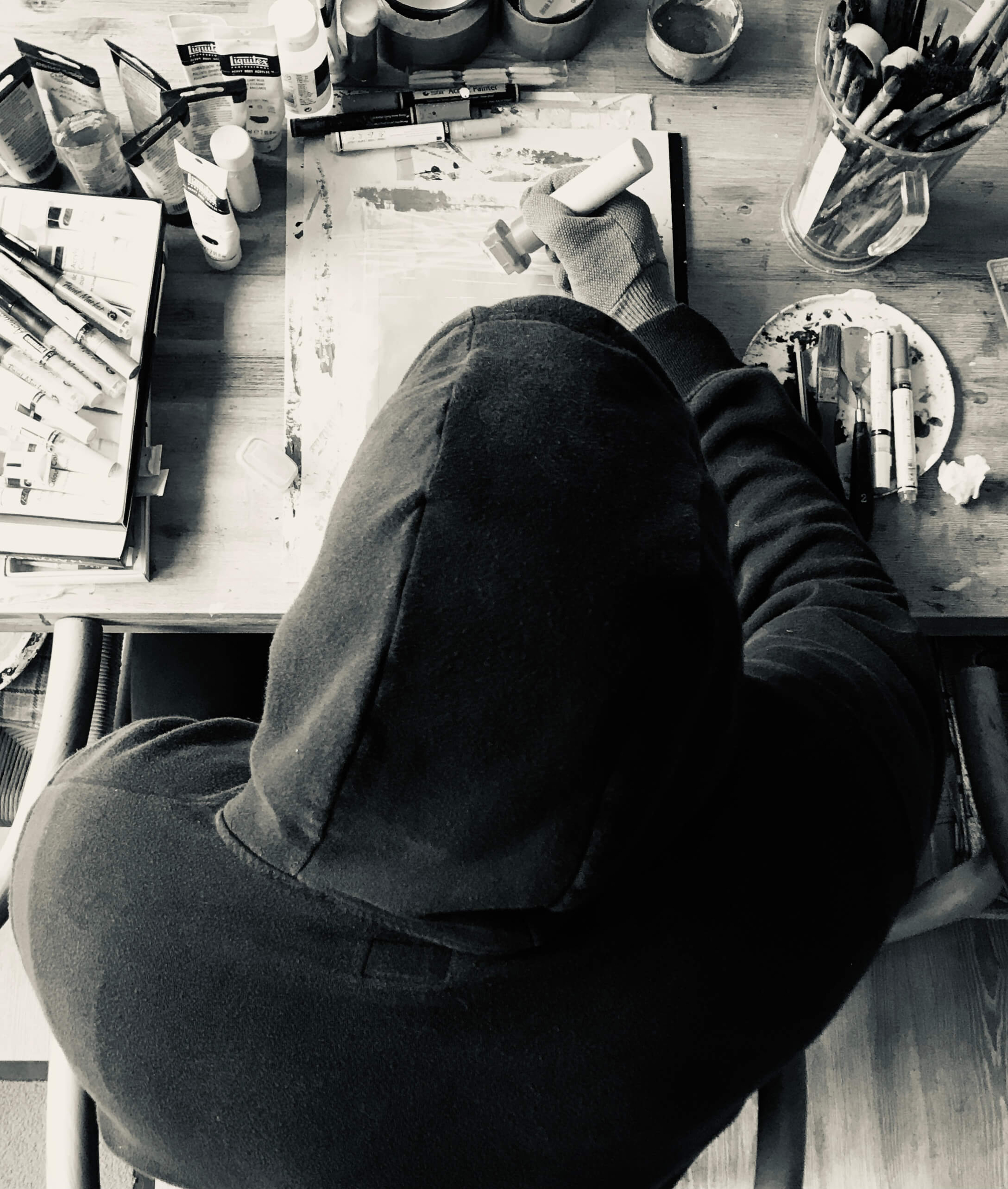 St0ik/Bear has been creating work since the 90s.

Initially making paintings and drawing characters, he moved on to producing post-vandalism installations around London, taking over abandoned buildings and squats to produce his work alongside a body of skyline paintings made on scrap metal.

Following a hiatus from art, he has returned to painting in an attempt at bringing together colour and aesthetic mark-making in the space between graffiti and abstraction – between design and flow.

Most of his work is scaffolded by the tag “St0ik” which forms the base of his abstractions upon which natural forms are overlaid.

This in turn reflects the titles of each painting, themselves abstracted quotes from Stoic philosophy.