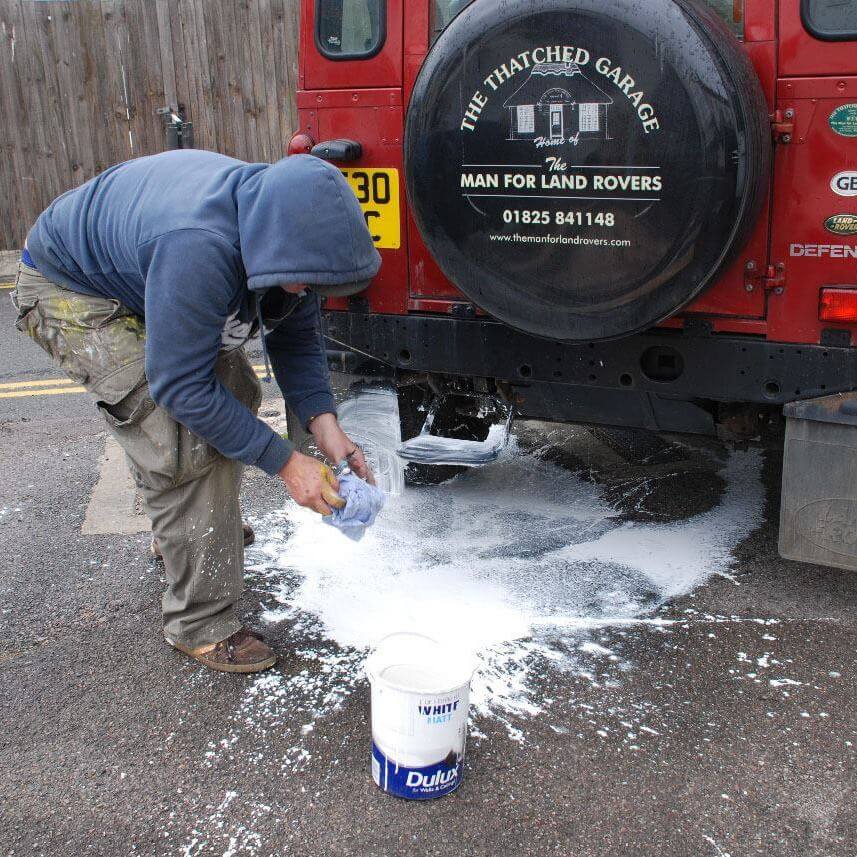 The elusive street artist Tee Wat, whose irreverent anti-establishment pieces are both graphic and humorous, is considered by many to be “..a bit fat.”

Some of his best known and admired pieces have appeared numerous times in the national press. Notably, the Max Clifford “I Can Make You Famous” piece, which he did just after the PR gurus arrest for historical sex offences, and the piece attributed to him that appeared in front of the Houses of Parliament in the form of gunpowder barrels.

Some find his work offensive, as it challenges perceptions of Royalty, Celebrity, politics and fame. Tee Wat is not afraid to say what he see’s. For this reason he is considered among many to be one of the best street artists and social commentators in the game.