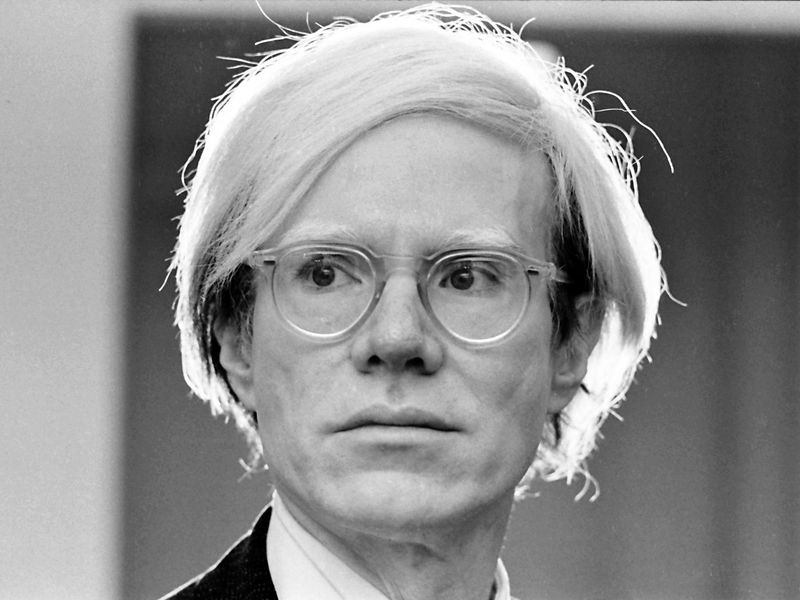 Andy Warhol (born Andrew Warhola; August 6, 1928 – February 22, 1987) was an American artist, film director, and producer who was a leading figure in the visual art movement known as pop art.

His works explore the relationship between artistic expression, advertising, and celebrity culture that flourished by the 1960s and span a variety of media, including painting, silkscreening, photography, film, and sculpture.

Some of his best-known works include the silkscreen paintings Campbell’s Soup Cans (1962) and Marilyn Diptych (1962), the experimental film Chelsea Girls (1966), and the multimedia events known as the Exploding Plastic Inevitable (1966–67).

In the late 1960s, he managed and produced the experimental rock band The Velvet Underground and founded Interview magazine.

He authored numerous books, including The Philosophy of Andy Warhol and Popism: The Warhol Sixties. He lived openly as a gay man before the gay liberation movement.

After gallbladder surgery, Warhol died of cardiac arrhythmia in February 1987 at the age of 58.