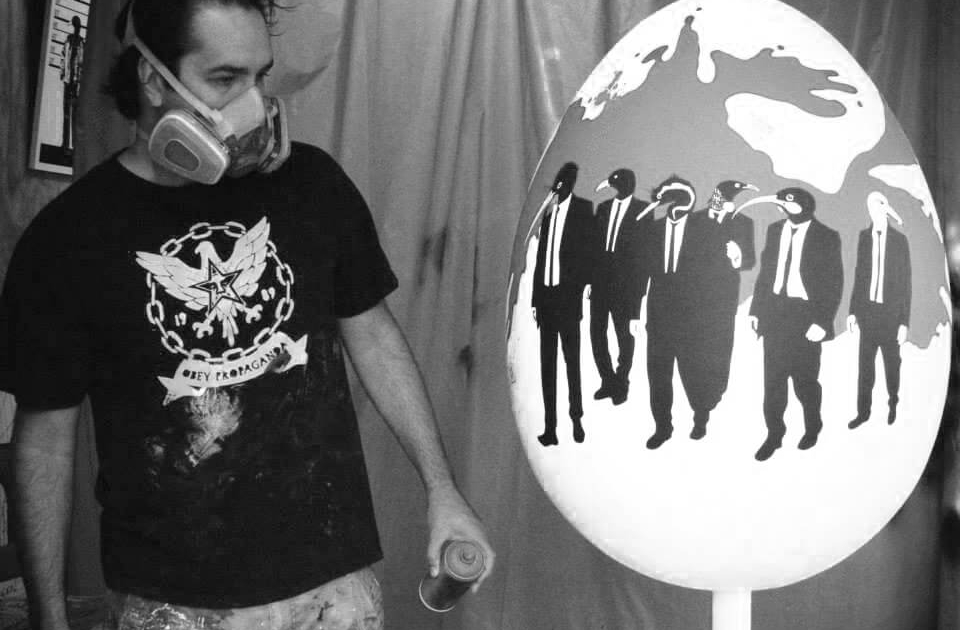 Brad Novak is a leading urban artist renowned for creating cutting edge work that sits on the nexus between street art and fine art.  Novak (aka New Blood Pop) currently shows in New Zealand, Canada, the United States and UK.

Novak’s debut solo show was held in New Zealand, 2015 and saw hundreds of art lovers & collectors pass through the event during the first two hours alone, setting the groundwork for a second show, this time in Toronto in early 2016.  This show featured on national TV in Canada and Novak’s stunning work was shown alongside legendary pop art megastars Warhol, Haring & Lichtenstein, and the street art global elite, such as Mr Brainwash, OBEY and Banksy.

Novak’s third solo exhibition “Beauty of the Beast”, held at Bread and Butter Gallery, New Zealand was a sell out.

Novak continues to push boundaries in all areas of his life as he still practices part-time as a medical doctor, in addition to his career as an established artist.

At its heart his work is about treasuring our childhood passions and creativity.  In the artist’s own words…

“My art is about keeping our childhood dreams alive as we grow up”.