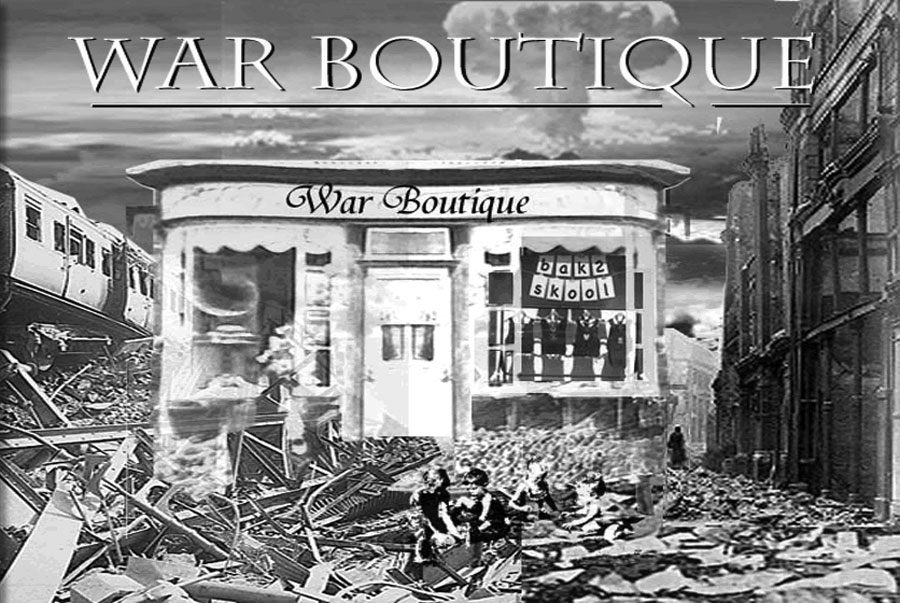 Scottish artist, Kevin Leahy is the man behind War Boutique, which was set up in 2003 in response to the invasion of Iraq. The aim of War Boutique is to tackle the subject of war through the medium of art, and involves, as one critic put it, ‘symbolically transforming instruments of war and destruction into constructive items embodying creativity, peace and critical social commentary.’

Leahy began a career in theatrical costume, set and fashion design, before studying Textiles and Fashion Design at the Scottish College of Textiles. After graduation, he took up a rather unusual role, designing body armour for the Egyptian, Indian, Pakistani and Algerian armies, before going on to complete a Masters in Fine Art at Goldsmiths College.

Every piece created by War Boutique comes with a powerful message about the futility of war. His recent textile series, The Great Game, features body armour subtly doctored to make us think about the brutal realities of combat. The collection includes bomb blankets decorated with children patterns, flak gear doctored to look like school uniforms, and camouflage protective clothing, embroidered with the name, ‘Blair, T’ and the BP logo. The collection has been acquired by the National Army Museum for its permanent collection.

War Boutique work has been shown in festivals, street exhibitions, museums and galleries across the world, including Banksy’s Summer Exhibition at Bristol Museum, Tate Britain and The British Museum.